This week we had a test, along with a review game on Monday and worldview week, so we had little time in ‘normal’ class.  We did spend some time discussing the elements of ‘golden ages’ and the factors that went into the birth of what we know as Periclean Athens.

From 480-430 B.C., Athens experienced an explosion of creativity and culture perhaps unparalleled in human history.  Much of what we consider to be modern democracy, philosophy, literature, drama, science, and architecture have a good measure of their roots here.

What is needed for a golden age?

1. Some kind of cross pollination of culture based on access to the sea or at least, extensive travel

2. A burst of confidence based on a defeat of a large power — you were the underdog and emerged on top.  The unexpected victory serves as a validation of your uniqueness.

3. An educational base to build the cultural explosion on.  There has to be some kind of literate and curious population base to build on.

4. The willingness to tolerate the possibility of new ideas, which usually has something to with #1 listed above.

With all these factors possibly needed (and possibly more that I have not accounted for),

We also looked at the flowering of Athenian democracy.  As we examined how it functioned, we arrived at a proposition to debate next week, which is 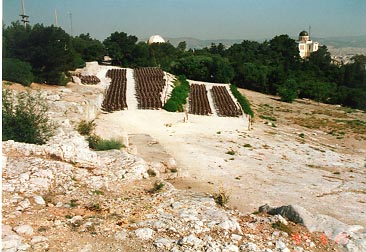 Athenian Democracy in the age of Pericles was more democratic than America is currently.

Part of how you evaluate this statement depends on a few factors:

We are so used to the word “democracy” we may not consider what we even mean by the term.  Clearly it must mean more than mere voting.  Some elections have only one candidate, or the different candidates do not give us different options in reality (that is, the candidates would do basically the same thing if elected).    It must also mean more than mere majority rule.  If 51% of the people vote to oppress the remaining 49%, we would not call that democracy.

Democracy attempts the trick of giving power and choice to the people, while at the same time preserving freedom in some measure for all citizens.  Thus, the ‘losers’ in a contest are still protected from the possible pitfalls of majority rule.  At the same time of course, the majority cannot be obstructed too much, otherwise the point of voting and majority rule would be lost.  Historically this balancing act has never been easy.

2. What is most important in a democracy?

In the Athenians favor we note the following:

– They had much more direct participation in government than modern Americans.
– The average citizen would not only vote, but could also speak in the Assembly.  Most citizens would probably serve in some political capacity during their adult lives

Against them we can say that:

– Women and slaves were excluded from voting and participation
– The very fluidity of their democracy opened up the real possibility that the checks and balances of law could easily be overridden, as happened on a few occasions.

For modern America we note that

– All citizens of a certain age are eligible to vote.
– We have minority protection built into the system.

– Representative government has tended toward an oligarchy of the rich, with powerful interests controlling both parties.
– This, in turn, has led to a real distance between Government and the people which results in an “Us and Them” attitude.

I will look forward to their debate when we return next week.  Below is a very detailed chart of the ins and outs of Athenian democracy for the very interested.