This week we wrapped up our introductory unit on civilizations in general and moved into more specific civilizations, beginning with Egypt.

Earlier this week I wanted the students to consider exactly what purpose civilizations serve.

In 1 Corinthians Paul seeks to address the pride and competitiveness of the Corinthian congregation.  He uses the analogy of the “Body of Christ” to show that no one can be a one-man show.  Whether we be arms or eyes, we need each other to function.  “No man is an island,” as the saying goes.

This same analogy applies to civilizations in general.  We cannot do all that we need to do to survive, or at least, thrive.  Since we cannot do all ourselves, we need the gifts and talents of others to help make our lives consist of something beyond mere survival.  Civilizations therefore exist to make communal life, and communal creation, possible.  When we realize this, many other things come into proper focus.   As C.S. Lewis once remarked, civilization boils down to dinner with friends or a game of darts at a pub.  The power that civilizations can muster, the roads, the armies, the buildings, really serve this end. It’s easy for us to forget this, and it’s easy for civilizations themselves to do the same.

This means that civilizations, in my opinion, should ultimately be about the maintenance of small communities, and not the amorphous group.  But the awesome power generated by the social connectivity of civilizations opens them up to tremendous temptations. Civilizations can drift, and start to think that the social order itself as the “Ultimate.”  Civilizations can think that they exist to serve their own ends and perpetuate itself. With this attitude civilizations become our master and not our servant.  This leads into a subtle idolatry, man worship, not of the individual, but of the group.  When a civilization loses sight of things beyond themselves and the everyday, they lose vision, and hope for the future.  It is the first step toward decline.

This is not to say that civilizations are not good things.  The alternative is barbarism, a sub-human existence. But 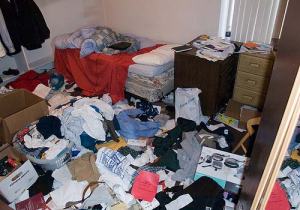 civilizations are tricky things.  One only has to think about our homes to realize this.  We make a great effort to sweep and clean, and the house looks great.  Then someone leaves a coat here, and shoes there.  The dishes pile up, and our wills and energy reserves slacken.  Given the human tendency towards decay, destruction, and death, the relative success of civilizations is a gift of God. It goes against our human tendencies.

As we moved into Sumeria, we looked at Sargon the Great, probably the first empire builder.  This brought up the issue of the benefits of size.  Empires/large countries often do have more power and resources and their disposal. Their size can also lead to diversity, which can cushion them from specific problems in certain areas.   For example, If Louisiana was a civilization unto itself, Hurricane Katrina would have destroyed it, or at least dramatically weakened it for decades. Because they are but a small part of whole, however, it can be rebuilt.

But smaller countries have less to manage, less to defend, and less to worry about in general.  I often wonder, “Wouldn’t it be nice if we were Belgium?  What does Belgium have to worry about?”  Riches and power alone can never bring happiness.  Also, might there be a correlation between the size of the population and the liberty that population can enjoy?  Most classical theorists of government, like Aristotle for example, believed that democracy could only exist in small self contained communities.  When a babysitter watches just 1-2 children, those children have a large degree of freedom as to what they do.  When a sitter has to watch 15 children, all the children must stay together and do the same thing in the same place.  So too, a general truth of history is that large countries with large populations tend to offer less individual freedom than smaller ones (this rule has exceptions).  Which model is superior, and why have most civilizations chosen to pursue expansion and empire?  These are some of the questions I want the students to consider.

On Friday we had our first mini class discussion, where half the class tackled the topic of ancient cave paintings like these below . . .

These drawing predate what most historians and archaeologists would consider the dawn of “civilization” by thousands and thousands of years.  I wanted them to consider whether or not those that produced these works came from a society that could be called civilization.  Students presented good arguments on both sides of the issue.  I think that the drawings (especially, in my opinion, those from Chauvet cave, which includes the 2nd picture of the bears above) have remarkable communicative power.  This power can only come from great skill, and for them to develop this skill, civilization most likely existed.  Of course we can’t know for sure, but it’s fun to speculate.

If you have further interest in the cave paintings, Werner Herzog made an excellent film about them that is worth seeing called Cave of Forgotten Dreams.

Have a great weekend,