This week spent some time discussing the elements of ‘golden ages’ and the factors that went into the birth of what we know as Periclean Athens.

From 480-431 B.C., Athens experienced an explosion of creativity and culture perhaps unparalleled in human history.  Much of what we consider to be modern democracy, philosophy, literature, drama, science, and architecture have many of their roots in this period and place.

What is needed for a golden age?

With all these factors possibly needed (and possibly more that I have not accounted for), golden ages do not come often in history, but they leave their marks long after they disappear. 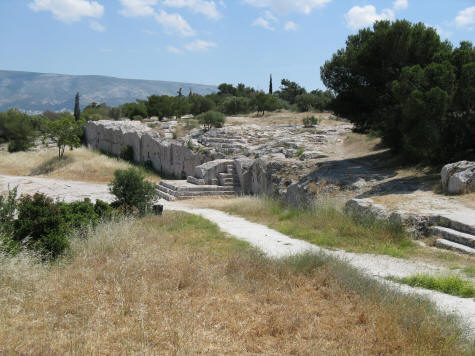 We also looked at the flowering of Athenian democracy.  As we examined how it functioned, we arrived at a proposition to debate next week, which is

Athenian Democracy in the age of Pericles was more democratic than America is currently.

Part of how you evaluate this statement depends on a few factors:

We are so used to the word “democracy” we may not consider what we even mean by the term.  Clearly it must mean more than mere voting.  Some elections have only one candidate, or the different candidates do not give us different options in reality (that is, the candidates would do basically the same thing if elected).    It must also mean more than mere majority rule.  If 51% of the people vote to oppress the remaining 49%, we would not call that democracy.

Democracy attempts the trick of giving power and choice to the people, while at the same time preserving freedom in some measure for all citizens.  Thus, the ‘losers’ in a contest are still protected from the possible pitfalls of majority rule.  At the same time of course, the majority cannot be obstructed too much, otherwise the point of voting and majority rule would be lost.  Historically this balancing act has never been easy.

2. What is most important in a democracy?

In the Athenians favor we note the following:

Against them we can say that:

For modern America we note that

Below is a very detailed chart of the ins and outs of Athenian democracy for the very interested.