This week we came close to wrapping up the events of the Reign of Terror.  During the terrible years of 1793-94 somewhere between 15-40 thousand people died and some 300,000 were imprisoned.  How did a Republic dedicated to “Liberty, Equality, and Fraternity” descend into this barbaric nightmare.  Many theories exist, and here I would like to highlight a few we will discuss in class.

David Andress – The Terror & Outside Pressure

Historian David Andress wants us to consider what happened inside France in light of events outside of France.  England, Austria, and Prussia all tried militarily to oppose France, and all looked for the the fledgling republic to collapse.  The stress of war on an already fragile government heightened the stakes inside France, and they cracked under the pressure.

Edmund Burke – The Abandonment of Tradition

A contemporary of the Revolution, Burke warned back in 1790 that France would pay a terrible price for putting people in power who had no idea how to use it.  Having no political experience, France’s leaders would quickly grow frustrated, and then lash out in the most basic way possible: violence.  Burke would prove a prophet.

Burke may seem stodgy at fist glance, because of his strong emphasis on tradition and habit.  But in a paradoxical way, he believed that habits were the only sure foundation for progress in the world.  We make thousands upon thousands of decisions in a given day, and Burke sees these these habits as a path to freedom, giving us time to pursue new things rather than have to “rationally” whether or not to eat breakfast first or get dressed first.

In a terrible irony Burke predicted, those fired by the Enlightenment idea to apply the strong light of reason to all things would end up erasing habit and thereby condemn us to starting all over again, setting us back to a barbarian past.  The Revolution saw multiple constitutions over a short period of time, a change of calendar, a change of morals.  No one could be sure of anything, and in this environment, fear and violence would likely take over.

Burke applied the same thought process to the exercise of power.  We often make two mistakes regarding political power:

Burke believed that good use of political power functioned like many other things in life, as a matter of experience and training — a matter of habit.  Certainly we want intelligent people to hold office, but this intelligence needed training like anything else in life.  The problem with the revolutionary leaders was not their lack of intelligence.  It was not their wicked designs (we can grant that some of them, at least, meant well).  The main problem lie in the fact that no one really knew what they were doing, and so fell back on force as a last resort. 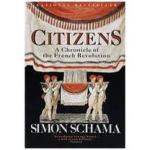 In his great work Citizens, Schama took another approach.  He focused how the French defined what it meant to be a citizen of their country. Increasingly they defined citizenship in moral and ideological and not legal terms.  Frenchmen had rights, but only those truly “virtuous,” or dedicated to the Revolution were truly French.  Those not revolutionary enough could not be French, and so they had no rights.  They functioned as a cancerous tumor, foreign to the national body, and had to be excised.

All three of these eminent thinkers emphasize important aspects of the political context. 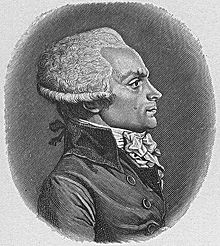 But all three I think leave out some fundamental aspects of human nature.  I think this image of Robespierre, the head of the ironically named “Committee of Public Safety,”  speaks volumes.  Here we have a man who believed in his own virtue, and had a passion for enforcing his rules on others.  Imagine the ultimate HOA Board Member on steroids.

Robespierre believed in perfection and insisted upon it.  Unfortunately he more or less thought he had achieved it himself.  People called Robespierre the “Incorruptible.”  In all his dealings, Robespierre appears to have been that rare politician who truly did not take bribes or show favoritism.  It would have been better for France (and Robespierre).  Perhaps then he would not have been able to maintain his furious streak of self-righteousness, which led to so many deaths (perhaps thinking of Robespierre might help us to understand Martin Luther’s oft misunderstood “Sin boldly.  God can only forgive a hearty sinner,” line to his quibbling friend Melancthon). 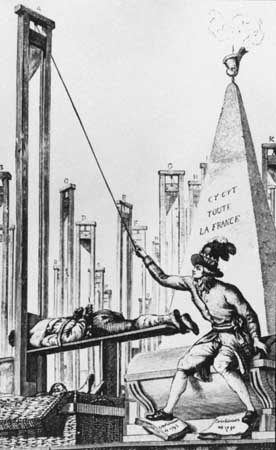 A passion for moral and political purity destroyed France. One can think of a potter attempting to make the perfect circle.  It wouldn’t be perfect at first, and one would have to shave off bits of clay continually to get it just right.  Eventually, however, you would not have any clay left.  While they said they cared for liberty, they did not realize that the amount of liberty one can enjoy is the amount you are willing to have abused.  France found that it could tolerate no abuse of liberty, so in the end they had none at all.  As the Terror increased, even the Committee of Public Safety members turned on each other and many of them faced the guillotine.

The guillotine itself represents part of the tragedy of the Revolution.  Dr. Guillotin invented the instrument to make executions more humane.  In the past, death by beheading was actually a privilege reserved for the nobility.  Those of more “common” lineage might face execution through hanging, disembowling, or even being drawn and quartered.

The guillotine meant now that everyone would have the “right” to death by beheading, and the mechanism meant now that no executioner might potentially botch the job.  Instead, in an almost bizarre parody, the mechanical nature of the machine gave the state power to execute more people more quickly, and now indeed “the people” could all face death equally.

Emmett Kennedy, author of A Cultural History of the French Revolution makes a great observation about French Romanticism and its relation to violence.  If man is naturally good, he suggests, than grace becomes irrelevant.  But what can take the place of grace as a proper inducement to virtue?  St. Just, Robespierre’s lieutenant, had the answer.  Kennedy writes,

Sensibilite (right sentiments, for lack of a better word) impels a man toward virtue, it affirms his natural goodness; it does for him what grace does for Christians.  If “sentiments”  do not produce virtue, then [St. Just argues] terror must take its place (emphasis mine).

In a round-about way Kennedy hits at a central truth.  The doctrine of the Fall of Man leads us not towards cruelty but mercy.  The Revolution denied mankind’s nature, but this “liberation” from sin could only lead them to destroy one another in blind and merciless search for perfection.