This week we began looking at the aftermath of Charlemagne’s reign and his accomplishments.

Historians often focus on Charlemagne’s volatile character and his many wars, and these certainly have their place.  I wanted the students also to consider the broader context of how civilizations get created.

We often take civilization for granted, but we should ask ourselves why, and even if we need civilization in the first place. Inevitably civilization will detract from some personal freedom.  We will have to follow certain laws and maintain certain obligations to the larger population.  At times we will have to give allegiance in some form to leaders and laws we do not like.  But I believe that while civilization may not qualify as an absolute good, it remains a very strong relative good.  Without civilization life often gets reduced to who has the most force.  The weak would be at the mercy of the strong.  Also, without civilization culture on any appreciable scale will not exist.  So if nothing else, as Kenneth Clark stated, barbarism is boring.

But civilization will not build itself, nor does it arrive fully formed from the sky.  Humanity must create civilization themselves, and this requires much more than merely wanting to pass a few laws.  Who should make laws?  Who should enforce them?  Who will decide guilt or innocence when disputes arise?  These difficult questions can take generations to answer.

Often the answers a particular people arrive at do not come from abstract discussion, but “on the ground realities.”  Though it may sound harsh, the answers usually come from those who are most able to provide order, and this order comes from a monopoly on the use of force.

Many could argue that Charlemagne betrayed his Christian values with far too much reliance on war and unnecessary power grabs.  But Charlemagne did provide the necessary unity through his conquests to end disputes.  He did provide security and order, and this helped lead to what historians refer to as the “Carolingian Renaissance.”   While this period cannot hold a candle to other great historical renaissances in terms of what they produced, they also started from a much different place.  They developed a new style of writing, and a new architectural style.  We see books written once again (though of poor quality), and a general revival of the idea of scholarship.  Europe started to grow roots that would bear fruit in the centuries to come 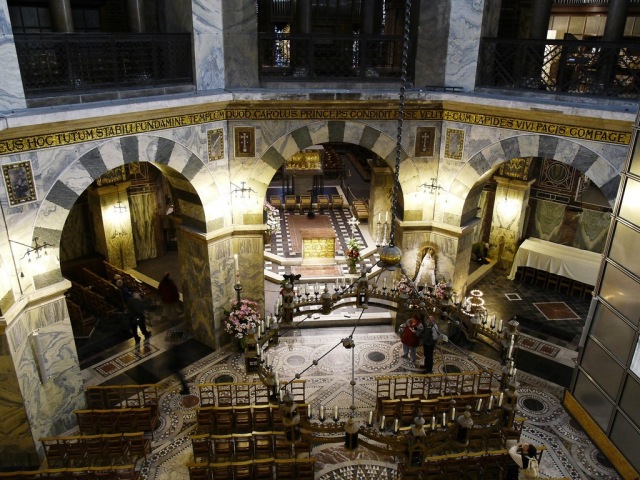 What we often miss when examining the foundations of civilization, however, is the element of trust required.  More so than laws, the daily habits and patterns of our interactions with one another form the real core of civilization.  These habits have their roots in our conception of moral order, which comes directly from our religious beliefs.  Christianity thus played a huge indirect role in the formation of civilization after the fall of Rome.  It provided unity, yes, but it also provided a basis for common interaction.  No set of laws can cover every circumstance, and in the absence of law we fall back on the trust of our fellow man.   When this does not exist, when law and structure fail, civilization fails as well.  One need only think of the looting and destruction that might happen if power went out in a major city, or the chaos in the aftermath of Hurricane Katrina, or the rioting in the summer of 1968.  This may indicate that we rely perhaps a little too much on the force of law, and the trust and personal bonds that should unite us may not be all that strong.  Without a common moral foundation we have to rely on force to keep us together, and force will fail in the long run (if not the short run).

My hope for this unit with Charlemagne is that the students considered his achievement, and the cost of his achievement.  When we look at nascent civilizations we get a glimpse into nature of civilization itself, which we should then be able to apply to our own day.