What did Lewis mean by his observation?

Obviously a great deal changed from Homer to the time of Jane Austen.  But Lewis refers not to political and ideological changes, but the basic way people lived and interacted.  Among the similarities across time include . . .

All of this and more changed from the early 19th-early 20th centuries.

The Industrial Revolution (IR) first and most obviously changed demographics.  For all of previously recorded human history people lived predominantly in rural areas.  Rural areas have a slower pace of life.  They tend towards social conservatism and the maintenance of tradition.  The IR began displacing small farmers and forcing people to move to the cities for work. As the graph below indicates, a trend began that has only continued up to the present day.

The resulting mass production of goods and, perhaps especially, of food, led eventually to increased life-expectancy and and a population explosion that has continued until today (though some predict a regression in population soon). 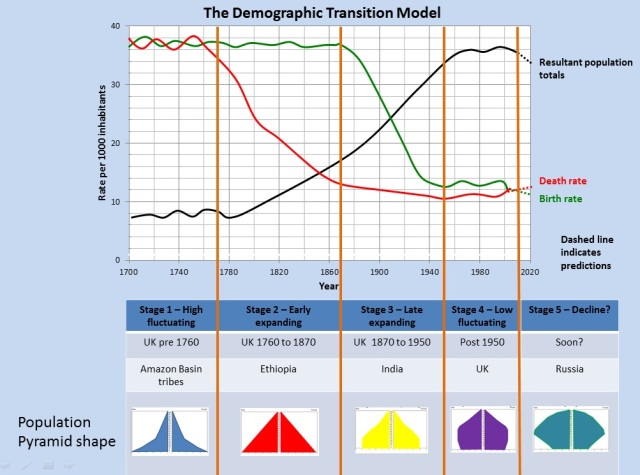 In changing where we lived, the IR changed how we live.  On farms the family forms the obvious central social unity.  Before mass transportation, very few children would move far from parents once they reached adulthood.  But now with many starting to leave home to work, life no longer centered around the family farm.  Now at least one parent left the house for 12 hours a day, and often both parents had to work in factories.  Individuals within families found other planets around which to orbit.

If both parents worked, what about children?  The IR inadvertently began the push towards mass public education.  Previously, only those with money and leisure received an education.  Spreading education to the masses had many benefits.  But in time how we educated and what we taught changed drastically.  Mass education mean the inevitable watering down of what schools taught.  The IR brought about changes to the curriculum, which now sought to prepare students for the workforce.  No longer did education have its focus on enriching the soul.  Now the classroom needed to prepare one to “get a job.”  One only has to read of C.S. Lewis’ experiences with his tutor “The Great Knock” (William Kirkpatrick) in his autobiography and compare it to many of our “cattle-car” approach in modern education to begin to see the difference.

Mass production changed the very nature of how people identified themselves with their communities.  For centuries most people lived life within the same 10-15 miles radius they had always known.  I recall reading a medieval primary source and noted that they used the word “foreigner” for someone from another village 7-8 miles away.  With this mindset no real possibility of a national identity or consciousness would be possible.

People need to have an identity outside of themselves.  With local communities broken down and people thrown together en masse in unfamiliar environments, a sense of national identity emerged.  Mass production supported and perhaps helped create this national mindset.  Now across the country, people had the same goods and the same experiences.  We can eat in the same restaurants and sleep in the same hotels across the country.  One could speculate that had the IR arrived sooner in America, we may not have had the Civil War.

Cultural expressions of this newfound identity changed.  In the Romantic period music expressed abstract ideals, but around the mid-19th century music started to express more ethnic or national ideas.  Liszt’s “Hugarian Rhapsodies” still did have the high-flown Romantic flourishes, but the title reveals a shift in emphasis.

In time the wild Romantic musings disappeared, and as music geared more toward the centralized mass, it grew more contained in expression.  Suddenly the military march made its way into the popular consciousness.

We may wonder, however, that if military songs become popular culture, than whole nations go to war, and not just armies.  This would mean that war would become vastly more deadly and destructive than previously, which is just part of the mixed legacy of the Industrial Revolution.