Towards the end of this week we began preparation for our look at the Constitutional Convention in 1787 by examining how nations change over time, and why.

To help guide us we will be using Philip Bobbitt’s framework from his book, “The Shield of Achilles.”  I have picked this because we need to have some kind of general categories to work from, and Bobbitt provides them, though one can debate his specific conclusions.  One of the strengths of Bobbitt’s work for our project is that he is more concerned with showing the possibilities than arriving at specific conclusions.  Bobbitt chose the title because he wanted to emphasize the connections between various aspects of society, and he refers to the famous shield given to Achilles by his mother Thetis.  We might expect that the shield would have military insignia exclusively, but in fact that shield had depictions of numerous scenes of life in general, as the diagram shows.

I want the students to see these same connections.

We proceed recognizing that elements of a state’s internal order (politics, economics, culture, military, etc.) will all share a common rationale.  When we looked at the “Territorial State” (1648-1776) model we saw its origins in the rejection of the “Kingly State” (1588ish-1648) and its identity.

The Kingly state built itself around the king.  The “bigger” the king, the grander the people.  So, for example, the French took pride in the fact that Louis XIV could eat far more than other men.  It made him seem larger than life, and this in turn spilled over into the people.  Frequently other monarchs of this era (like Henry VIII, Elizabeth I) pictured themselves in outsized proportions.

If the king’s religion formed the religion of the people, than those that did not share in that religion must either have second-class status (like Catholics in England, or Protestants in France) or be banned entirely from participation in the state.  Furthermore, the wars of the state could in theory be universal in scope, because religion is not bound by geography.

The transition to the “Territorial State” came about due primarily to the physical and moral exhaustion brought about by the wars of religion.  Now states feared above all “enthusiasms,” or anything that might upset the apple cart.  Now rulers sought to keep wars local and short, because the only justification for war had to be acquisition of contiguous territory.  The universal ambitions of previous monarchs made no sense anymore.

The age of the Territorial State is the age of the Scientific Revolution and Enlightenment, with a focus on what can be known and measured.  Economically, the “mercantile” philosophy dominated the era, with its strict control on imports.  Adam Smith’s The Wealth of Nations would do much to undermine this philosophy, and coincidentally, appeared at the same time as the American Revolution.

This transition can be seen visually:
The ‘Kingly-State’ King, Louis XIV, where the “bigger” kings are, the more power they have (notice how Louis seems to say, “Look at me in all my glory!”):

The ‘Territorial State” King, Frederick the Great (notice that does not seek to reveal himself to the painter–he almost turns himself away): 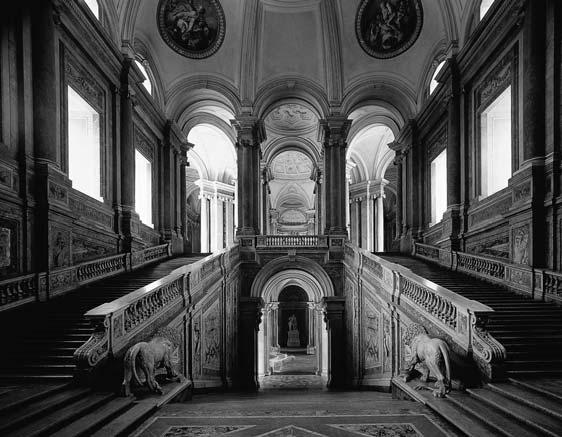 This is a tough concept, but I hope the students will get the hang of it.
Dave Mathwin