It seems like the battle over same-sex marriage is nearly over in the culture-at-large.  How the edifice of marriage in the West fell so swiftly deserves fuller treatment at some point by someone.  Though I grieve for the culture, my main concerns now lie with the Church, that She will maintain a firm witness that can one day draw the world back.  One mistake we perhaps made was getting drawn into a “proof-texting” debate.  Freed from larger context, critics could manipulate certain passages at will and inject their own meaning.

For this reason I rejoiced to see N.T. Wright give a succinct resetting of the issue in a recent First Things interview.  When asked about the crisis surrounding marriage, Wright commented,

With Christian or Jewish presuppositions, or indeed Muslim, then if you believe in what it says in Genesis 1 about God making heaven and earth—and the binaries in Genesis are so important—that heaven and earth, and sea and dry land, and so on and so on, and you end up with male and female. It’s all about God making complementary pairs which are meant to work together. The last scene in the Bible is the new heaven and the new earth, and the symbol for that is the marriage of Christ and his church. It’s not just one or two verses here and there which say this or that. It’s an entire narrative which works with this complementarity so that a male-plus-female marriage is a signpost or a signal about the goodness of the original creation and God’s intention for the eventual new heavens and new earth.

If you say that marriage now means something which would allow other such configurations, what you’re saying is actually that when we marry a man and a woman we’re not actually doing any of that stuff. This is just a convenient social arrangement and sexual arrangement and there it is . . . get on with it. It isn’t that that is the downgrading of marriage, it’s something that clearly has gone on for some time which is now poking it’s head above the parapet. If that’s what you thought marriage meant, then clearly we haven’t done a very good job in society as a whole and in the church in particular in teaching about just what a wonderful mystery marriage is supposed to be. Simply at that level, I think it’s a nonsense. It’s like a government voting that black should be white. Sorry, you can vote that if you like, you can pass it by a total majority, but it isn’t actually going to change the reality.

The full article is here, and worthwhile for those interested. 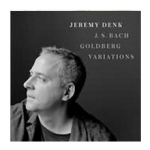 reputation for being one of the great keyboard works of all time.  With the music Denk includes several videos of him playing and explaining elements of the piece, which made the decision to buy easy.  I always love seeing musicians talking as they play.  I know little about classical music, but after listening, and especially hearing Denk explaining certain elements of it, Bach clearly had this concept of “binaries in Genesis” and their ultimate unity understood, and employed that understanding often in his work.  Here is Denk . . .

Wright speaks truly that our confusion on marriage has roots in the Church’s failure to fully live out what marriage means.  We should see that the current marriage debate goes beyond homosexuality, beyond marriage, and into our understanding of creation itself.  If we abandon the “binary” witness of marriage, this will spill over into our ideas about Creation in general.  Will then our ability to create anything at all start to diminish?