R.W. Southern’s book Western Society and the Church in the Middle Ages won’t change the discipline of medieval studies, but his work succeeds fundamentally

in avoiding two key errors historians often make about the past.

The first error makes the present great, and the past barbaric and backward, an object of amusement.  This view was far more prevalent in the 18th and the 19th centuries than today.

The second error is more subtle.  Seeking to correct the first error, they explain the value of the past by showing how it led the world we have today.  “If it wasn’t for Albert the Great, we wouldn’t have light bulbs,” or something to that effect.

More truth resides in the second error than the first, but both paths share the same pitfall.  They both view the past only in terms of the present, and both assume of course that history would obviously want to lead to ourselves.  The first falls prey to chronological snobbery, the second to the “Whig” fallacy.

Happily Southern avoids both.  He seeks to evaluate the medieval church on its own merits, in its own context.  The medieval system had strengths and weaknesses that we do not.  His book essentially tells the story of how a dynamic church that saved the west from barbarism after Rome’s fall resembled a stagnant hulk by the end of the 15th century.  For Southern the church’s triumph set the stage for its demise.  In this respect, the medieval church is no different from any other organization.   Every system has a potential Achilles heel.

The peak of the medieval period had a lot going for it.  Gothic cathedrals and St. Thomas Aquinas both brought weight and meaning, combined with a feathery touch and sense of play.  Aquinas writings’ have a great deal of intricacy, but they do not form a system.  He was at heart a mystical theologian.  Holding this tension in place requires a high level of spiritual wisdom, which Aquinas possessed.  Those that came after him found it much easier to focus on the logical intricacy than the demanding spiritual wisdom and playfulness that accompanied it.  The “problem” of Aquinas is the problem of medieval civilization.  At some point it became akin to an Italian sports car — powerful, beautiful, and likely to break down in a such a way that you’ll have no idea how to fix it. 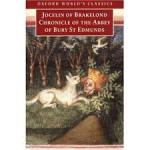 Jocelin of Brakelond’s Chronicle of the Abbey of Bury St. Edmonds, which details events at the abbey in the 12th century, show this same trend.  I expected some stories of bad monks or various squabbles here and there.  What I did not expect was the overwhelming political focus of Brakelond’s narrative.  Time and time again he discusses disputes over this or that property, arguments about this prerogative, this privilege of hunting or taxes, or whatever.  There was a method to this seeming madness, as the heart of the disputes involved the independence of the Church.  But one can’t locate the spiritual center of the abbey.  The emphasis has shifted too much in a dangerous direction toward power and “worldly” concerns.

One of the more interesting parts of Southern’s work is his section on indulgences.  His sympathetic eye led to some insights I had not considered before.  He argues that there is something almost childlike about how indulgences started and how they originally applied in the life of the Church (I am not Catholic and make no attempt here to understand the doctrine, but New Advent always gives good information on such things).  Those familiar with Daniel Pinkwater’s The Last Guru may recall the scene when the young protagonist Harold, having no idea what to do with his sudden immense fortune, asks if he can just give it away.  Not possible, his money-man tells him.  Billions and billions of dollars flooding the economy at once would create economic chaos.  Harold would have to think of something else.

Southern looks at the problem of indulgences as a problem of inflation.  The initial “gifts” might have been well-meaning and had a nice “impact” (if such things can be measured).  But if the supply never ran out, and the gifts kept coming, they would eventually lose their value and their meaning.  One would have to invent creative applications to keep up appearances, hence the arrival of what Southern terms the “Lawyer Popes” of the late 13th-early 14th century.  I do not think Southern was Catholic, and I can appreciate that while his particular perspective on indulgences does not attempt to be the whole truth on the matter, it can function nicely as part of the truth.

My one problem with Southern is the basic problem of the British specialist school of historical writing.  For them the past has innate value in itself, and should be understood on its own terms.  So far, I concur.  But unfortunately, that’s where the British specialist stops.  In his mind (so it seems to me) the historian’s job goes no further than telling you what happened.  I disagree, and think that history only becomes “History” when it has meaning and application for how we live today.

But while this defect prevents the book from being great, it does not stop it from being a worthwhile look at medieval times.