Ad Fontes is located in Centreville, which puts us within spitting distance of Dulles Airport.  That meant that we had a wonderful view of the space shuttle Discovery as it piggybacked its way to the Udvar-Hazy Center for display.  The students admired the sight (and enjoyed getting out of class), but in discussions I had with them no one seemed particularly chagrined that the shuttle program had ended.  “Why should we bother with space exploration,” many argued, “when we have so many other problems?”  To them space exploration has no point to it, “unless we know that something valuable is out there.” This argument is hardly unusual.

In 9th grade we just finished looking at the incredible boom of exploration during the early years of the Renaissance, ca. 1450-1500.  Historians have speculated on the reasons for this sudden jump, and

many suppose that the answer must be “technology.”  I agree with Felipe Fernandez-Armesto who argues in his book Pathfinders that the exploration boom happened not because of any particular technological advance, but because they simply wanted to go.  Sailing technology did not measurably increase for about 300 years after the 15th century boom, when we discovered how to measure longitude, yet that their relative lack of technology did not deter them.  Given the great dangers of sailing in those early days, one cannot say that exploration was a particularly practical activity, though certain voyages did generate large profits. Despite this, people continued to travel, and most historians agree that exploration helped define and benefit Renaissance civilization in important ways.

Other civilizations did this too.  What could be more impractical than a massive cathedral?  And yet cathedrals popped up throughout northern France and England in the 12th century, then spread throughout western Europe.  Some historians talk about the economic benefits of cathedrals, as it drew visitors and trade and so on.  However true this may be, cathedrals cost tons of money and took decades to build.  I don’t think the medievals built them to create trade, and yet clearly the Gothic cathedral defined and shaped an era.

As far as glorious impracticality goes, its hard to top the Celtic monks who illumined so many manuscripts in the 5th-10th centuries.  In the midst of the Dark Ages, when civilization itself needed rebuilt, you had some of the best educated men playfully “wasting their time” drawing monsters on the pages of St. Matthew when they could have been about so much more!  And yet many historians credit this process with helping revive civilization after Rome’s fall. 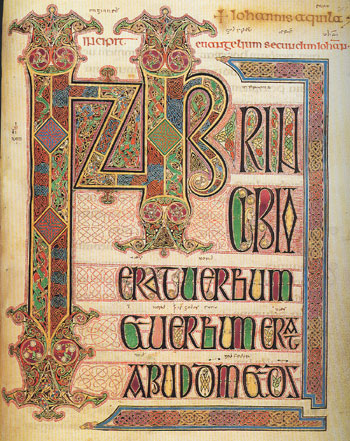 Other civilization have been “impractical” in different ways.  The Age of Reason had opera, which as Kenneth Clark notes in this brief clip, has nothing rational about it.  And yet, Mozart left part of his greatest legacy in opera, and there can be little doubt of its impact on opera’s cultural impact from the mid-1700’s up until the 20th century.

This brief survey makes me wonder in what sense our civilization is wonderfully impractical, and I don’t think the question merely frivolous.  Much of what we appreciate about civilization has little direct practical value.  Take education, for example.  If we decided that a good education consisted merely in technical training human society would collapse shortly thereafter.   We could build better dams than beavers, but the difference between man and beast would be one of degree and not kind.  Thankfully, students rarely ask, “When will I need to use this in real life?” when reading Shakespeare (though they ask it all the time in math, which should clue us in that something is wrong about how we teach it).

Of course, we don’t have to pick the space shuttle program as our cultural fancy.   We can choose something else.  And, given the diversity of our culture (which has much to commend it), its unlikely that we’ll land on one thing like cathedrals or sailing.  Still, nothing prevents us as from changing civilization by starting with ourselves.  History speaks and says, “Be impractical.”

The best reason for a revival of philosophy is that unless a man has a philosophy certain horrible things will happen to him. He will be practical; he will be progressive; he will cultivate efficiency; he will trust in evolution; he will do the work that lies nearest; he will devote himself to deeds, not words. Thus struck down by blow after blow of blind stupidity and random fate, he will stagger on to a miserable death with no comfort but a series of catchwords; such as those which I have catalogued above.  . . .The idea of being “practical”, standing all by itself, is all that remains of a Pragmatism that cannot stand at all. It is impossible to be practical without a Pragma. And what would happen if you went up to the next practical man you met and said to the poor dear old duffer, “Where is your Pragma?” Doing the work that is nearest is obvious nonsense; yet it has been repeated in many albums. In nine cases out of ten it would mean doing the work that we are least fitted to do, such as cleaning the windows or clouting the policeman over the head. “Deeds, not words” is itself an excellent example of “Words, not thoughts”. It is a deed to throw a pebble into a pond and a word that sends a prisoner to the gallows. But there are certainly very futile words; and this sort of journalistic philosophy and popular science almost entirely consists of them.

From G.K. Chesterton’s “The Revival of Philosophy”