Like many of you, I decided that I was not a Math/Science person sometime around 8th or 9th grade.  I hit Algebra and never looked back.  Only recently have I started to regret that choice, or rather, the false dichotomy of that choice.  Reading this essay helped me see why the so-called division between the humanities and sciences has happened.  Maybe my lack of math sense is not all my fault!

The famous “Lockhart’s Lament” essay I linked above has two main points: 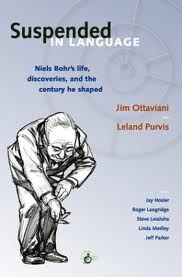 Inspired by Lockhart, I no longer believe myself a lost cause in the area of science.  But I am also a realist, and so turned to the comic book medium for help.

The book’s art does the job, although it does not inspire.  Ottaviani does better with the story itself, and makes the mythical Neils Bohr into a recognizable human being.  Much of the science remains beyond my understanding, but one aspect of Bohr’s life struck me and reminded me of Lockhart’s essay.  For Bohr, theoretical physics needed to involve poetic interpretation.  Physicists need to read between the lines and create an artistic vision through inspired guesswork.  “By faith we reach understanding.”

Bohr is perhaps best known for his atomic model: 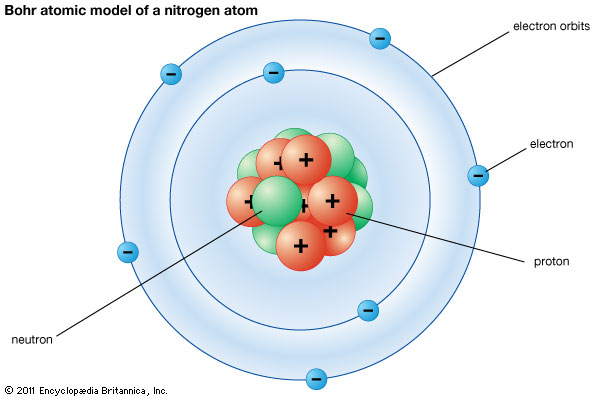 Bohr quickly dismissed this model as inaccurate.  All physicists agree that atoms don’t look like this,  and yet it has stuck around.  Why?  The book does not speculate, but we can.  Surely something of the model’s sticking power has to do with its visual elegance.  Also, the picture gives you an instant explanation.  Finally, no one has given us something better.  This is part of Bohr’s point.  He wasn’t right about the structure of the atom, but he was more right than someone who makes no guess at all. If you insist on omniscience you will end up knowing less than if you just made your best guess, and visual poetry communicates more truth than esoteric symbols.  Hence, the book’s title borrows a phrase from Bohr.  The deepest scientific truths remain “suspended in language.”

I am very encouraged to think science can function like the humanities, and making this link is the best shot we have at getting more students interested in math and science.