Recently we spent time looking at the Parthenon in Athens, in my opinion one of the greatest buildings ever constructed.  I think that looking at architecture is one of the best ways to gain insight into the past.  I didn’t come up with this idea, but borrowed it from the man to whom this site pays homage.  As I have said before, a civilization might throw a banking system together haphazardly, but would not do so with a sculpture.  And buildings, more so than individual works of genius, reveal more because they involve the mind and skills of whole civilizations.

Here is what the building probably looked like ca. 435 B.C.

They built it atop of their Acropolis, the highest point in the city which served as Athens’ religious epicenter.

The building as it looks today. . .

Of course most people when first gazing upon the Parthenon usually think, “Yes it’s good, but what’s the big deal?”  We understand instinctively perhaps the influence this style has had on western culture.  Banks, the Supreme Court, and almost any other building that wants to convey wisdom and trust copy this style.  That in itself should clue us in that the Athenians had something special in their design, but we have to look closely to see the real genius of the Athenians.

When we look at tall buildings like skyscrapers on the Washington Monument, at least from certain angles, the buildings do not appear straight.  Built with 90 degree right angles, our eyes fail to perceive the perfectly straight.  I don’t understand the science of why this happens, but we have all experienced it.  Part of it has to do with how our converging line of sight deceives us.  For example. . . 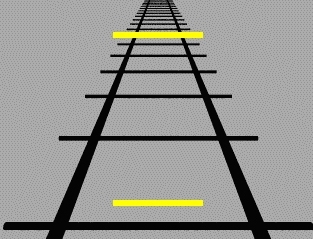 the top line appears longer, but is in fact the same size as the bottom line.  In this second image the middle lines appear bowed, but are perfectly straight.

The Athenians understood this and built the Parthenon to compensate for the tricks our eyes play.  Each column has extremely slight variations throughout its many cylinders, sometimes with fractions of a millimeter the only thing distinguishing one block from another.  But the cumulative effect compensates for our vision and always makes the columns appear perfectly straight.  The following images exaggerate the effect, but give us the basic idea of what the Greeks accomplished:

In fact a close look at the Parthenon reveals few right angles.  Each of the thousands of column drums remains an unique construction to that particular column.  This is not a lego set of interchangeable parts, but each part of the building stands as work of art unto itself.  If you have the time and interest, this video, and especially the last 30 minutes, give a good overview of their techniques in creating this building.

We can and should marvel at its construction, but we should go one step further and ask what the Parthenon means, and whey the Athenians built it as they did.  In class we focused on a few key areas:

In much of their philosophy and politics, the Greeks searched for the abstract ideal beyond the visible, a trend that would not really shift until Aristotle.  The Romans, for example, or at least the early Republican Romans, rarely idealized people when depicting them,

but we can say with only slight exaggeration that the Greeks did nothing but idealize people in their sculpture. 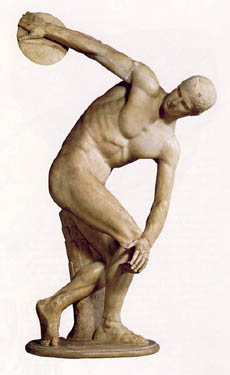 The Athenians went to tremendous lengths to bring make this ideal of perfection at least  seem  real among them in stone.

In theory, the Athenians built the Parthenon as a temple to Athena.  Originally a huge 35 foot statue of Athena overlaid in gold stood right at the center inside the building.  But architecture rarely lies.  The figures on the outside of the Parthenon tell a different story.  Here the Athenians put sculptures of Athenian heroes, with the clear intent of showing that the gods and men can intermingle, that Athens itself can achieve the perfection the gods embody.

That, at least, is one interpretation.

But another interpretation argues that this “temple” to Athena merely served as a cover for their true (even if subconscious) intent to glorify themselves.  It would be as if we built a church and called it “Trinity Church,” but put images of George Washington, Abraham Lincoln, etc. throughout (this actually begs the question of whether or not American flags should reside in churches, or perhaps whether or not the Capitol building is a church of sorts).

The Greek philosopher Protagoras has received a lot of bad press over the years for his comment that, “Man is the measure of all things,” and deservedly so.  But before we critique him we should understand the context of what he said and ask ourselves if the Greek gods were good “measures” of things.  Clearly, Protagoras and other philosophers had a measure of genuine spiritual insight in rejecting standard Greek religion as a guide for their lives.  The gods lived lives free of consequence, free of any restraint other than the power of other gods.

In the Parthenon the Greeks did not use the “eternal” or “mystical” dimensions as in the pyramids.  Some suggest that the proportions of the building in fact reflect the proportions found in the human body, as represented in Da Vinci’s famous “Vitruvian Man” (named after a famous Roman architect). 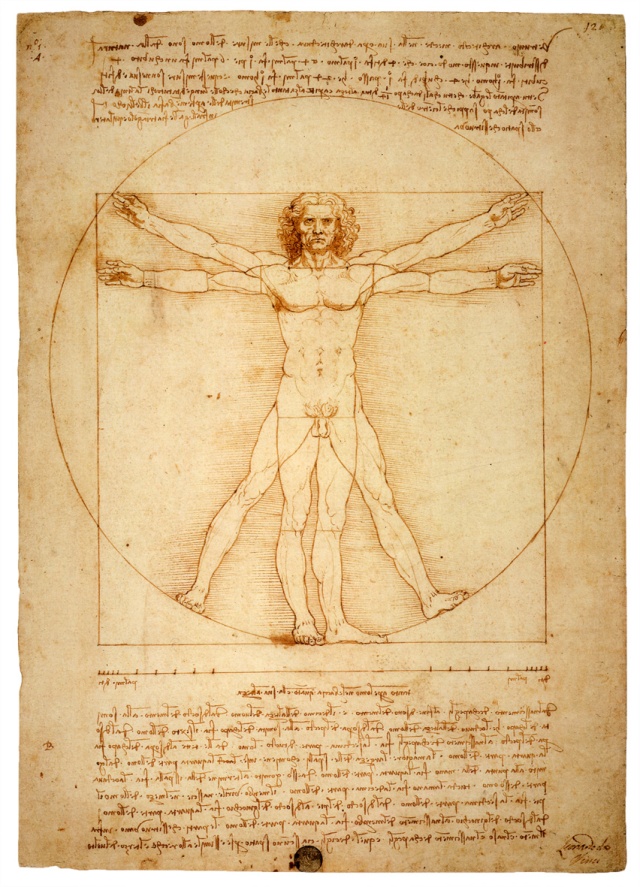 What exactly the Greeks meant by this phrase, “man is the measure of all things” is not clear to me, at least. It may have been a statement of moral relativism, or it may have been a theological/cosmological assertion that mankind functioned as a “microcosm” of the cosmos itself.  After all, we have physical elements to our being and spiritual elements.   Our higher, “heavenly” aspect (the intellect) guides our “lower,” more earthly parts, and so on.  Again, I’m not sure how to unwrap this phrase, and I’m happy to add it to the list of mysteries surrounding the Parthenon.